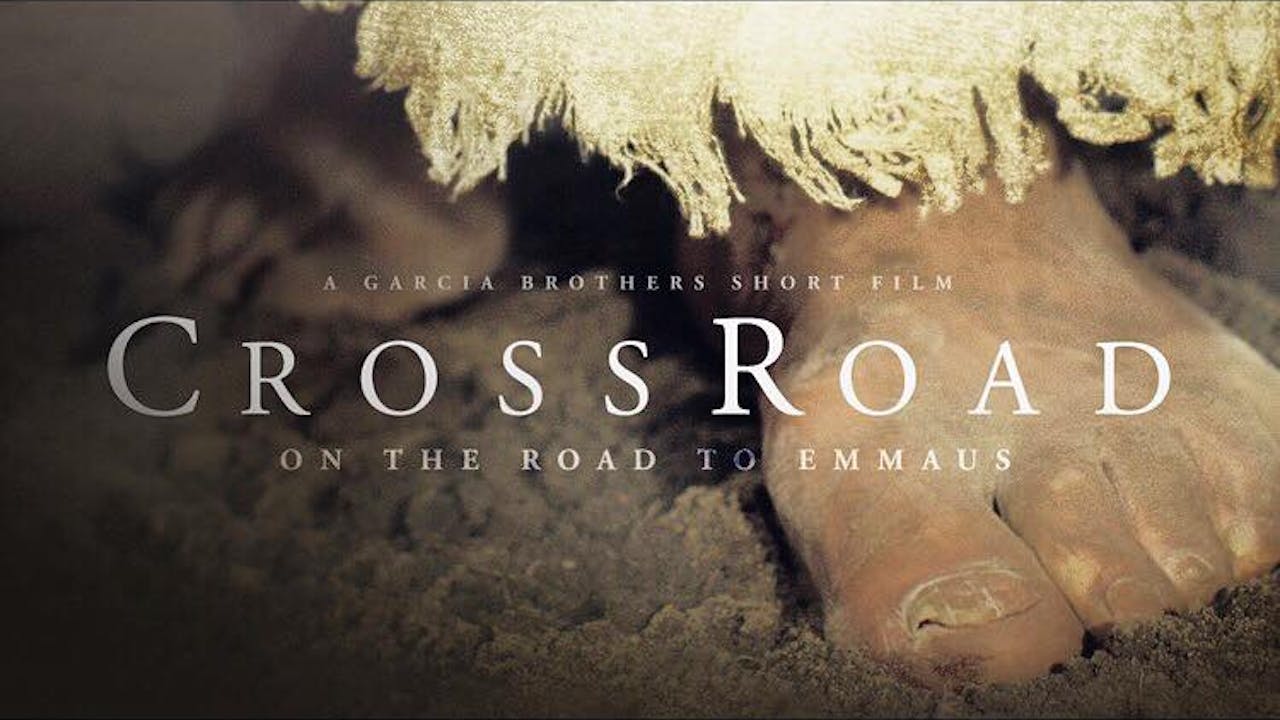 This short film highlights the events that take place on the road to Emmaus in 33AD between two disciples and “the man,” revealed as the resurrected Yeshua of Nazareth, the Christ.
The narrative follows two of Yeshua’s students, who have since given up hope of their teacher’s promised resurrection, post death by scourging and crucifixion three days earlier. They are met by a "stranger" on the road who questions their reasoning and corrects their misguided misunderstandings with the written prophecies of the Hebrew patriarchs, judges and prophets. Upon the breaking of bread, the two disciples’ eyes are opened and are able to recognize the man in his true and glorified form: the resurrected Christ. This revelation sends the two disciples in a triumphant race back to Jerusalem to report the Good News to Jesus’ closest disciples, the eleven apostles.
The film juxtapositions this story with some emotive slow motion / fast motion moments of Mary Magdalene’s sprints back to the upper room as she races to reveal that she has seen the risen Lord. In a jubilee of emotions, she fights through the rugged terrain aiming to get back to where the eleven apostles debate their next move.